How is Your Brand Activating eSports?

Marketing has expanded in new and exciting ways. Even at the core, marketing has changed. It is not just about selling a product but also providing a compelling experience. When it comes to sports, the marketing strategies are in a constant state of flux - traditional ideas are changing rapidly and new ideas are showing great signs of promise and progress.

Especially in motorsports, eSports is one of these new verticals that can’t be missed.

The global games market (according to NewZoo research) is estimated to reach a whopping $180 billion in 2021 which compared to 2018 when it was projected to reach $138 billion. Even at this strong foundation the eSports market doesn’t appear to be slowing down. There are a lot of expectations and so much potential in this new segment for teams, brands and also talent that most of it remains to be seen. We have narrowed it down to two channels for you to focus efforts around as they have shown the promise for sustainable ROI on the platform.

A new kind of experiential marketing

A big driver of the increased attention to eSports is the level of realism companies are able to deliver to consumers across the different experiences using data, AI and real life content.

One recent simple example is Microsoft Flight Simulator. For years, the flight simulator series by Microsoft has focused on making flying a plane realistic and enjoyable. The controls as well as the graphics reflect near realism in the game. During the E3 2019, Microsoft launched a new flight simulator game to be launched in 2020 – a continuation of the popular series. The graphics are impeccably detailed, and the controls are more real than ever providing feedback that is based on real world data.

Here’s the trailer - it is pretty remarkable. So, how does this matter?

Of course, just because you have flown a plane in a simulator doesn’t mean you will get the real one to fly as easily because of all the other factors at play but here’s the thing: it gives the players a real world-like experience, by allowing them to be fully immersed in it. This gives brands a gateway to connect with the players naturally and genuinely. Millennials, as well as Generation Z, genuinely appreciate and understand the value of these kinds of immersive experiences and are just fine with them starting in a virtual world.

Other than experiential, eSports in motorsports provides a less resource-intensive way to prospect for future talent for the real world competitions.

With the increase in reach across the globe, there is a higher probability of finding talent in many different places from many different backgrounds by using eSports. With the accumulation of data sent to them from simulations, motorsports teams can spot talent, host competitions and improve the awareness while engaging an international audience. We believe this shift will bring about a new level of interest from brands who want to engage with that newly forming audience. What was just a basic video game is quickly becoming a catalyst to showcasing the sport itself.

Here is another look at how realistic racing games have gotten, looking at Sebastian Vettel's lap in Germany in 2018 for comparison.

We have seen many companies already begin to accept and accelerate on the idea of getting more involved but it is still in process and there is a lot more room to activate in this space. The closer connection between the gaming setup and the real life driver setup can provide a platform for brands to tell compelling stories to multiple audiences.

As a bonus for current sponsors of top motorsports properties, as you can see in the video above, your brand is already being displayed in the eSports version. You might as well activate it as if it were its own asset.

Learn more how to integrate different platforms into your marketing strategy

Austin has built his experience around the world in digital marketing, business development and client service. He loves the fast pace of working in sports business and is always excited to collaborate on new projects. An avid motorsports fan of all types, the global and exact nature of F1 is still his favorite.

Ready to move into the fast lane?

We are excited to talk shop with you, from answering a few questions to sketching out a full sponsorship activation strategy.

We've Done It for Them 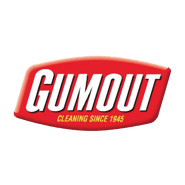 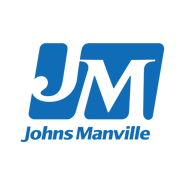 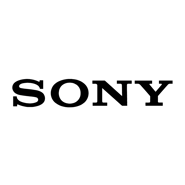