We like to get to a few different conferences each year to push our thinking. This also ensures that we don't settle for anything less than remarkable work for our clients. Being in new environments with new series and new thinking allows us to take insights back home and apply them to our work.

The BlackBook Motorsport Forum is the flagship business event for stakeholders in global motorsport. We enjoy this event because it is the ultimate B2B industry event bringing racing promoters, teams, circuits, brands, OEMs and key services together to discuss motorsport from all the angles required for the entire industry to succeed.

We jotted some notes down during the sessions covering NASCAR’s Garage 56 program, the impact Drive to Survive has had on motorsports, unique partnerships, emerging technologies such as Web3, improving the fan experience, sustainability and overall modernization. Here’s the event’s promotional video that we will update with the recap video as it becomes available.

Starting the day off was a presentation and discussion around NASCAR’s Next Gen entry into the Garage 56 program at LeMans in 2023. Anchored by John Doonan, Michael Lock and Neil Cole, we got to hear what the great minds at Hendrick Motorsports have in store with their entry into the most prestigious endurance race in Europe. Hendrick, together with Chevrolet and Goodyear, is expected to put on a masterclass of partnership collaboration as they get the current Next Gen Cup Car ready for 24 hours of racing. John Doonan mentioned that NASCAR’s latest innovations around the different race formats have made for extreme versatility in the Cup Car that will be pushed even farther for the endurance race. What we thought about the session: 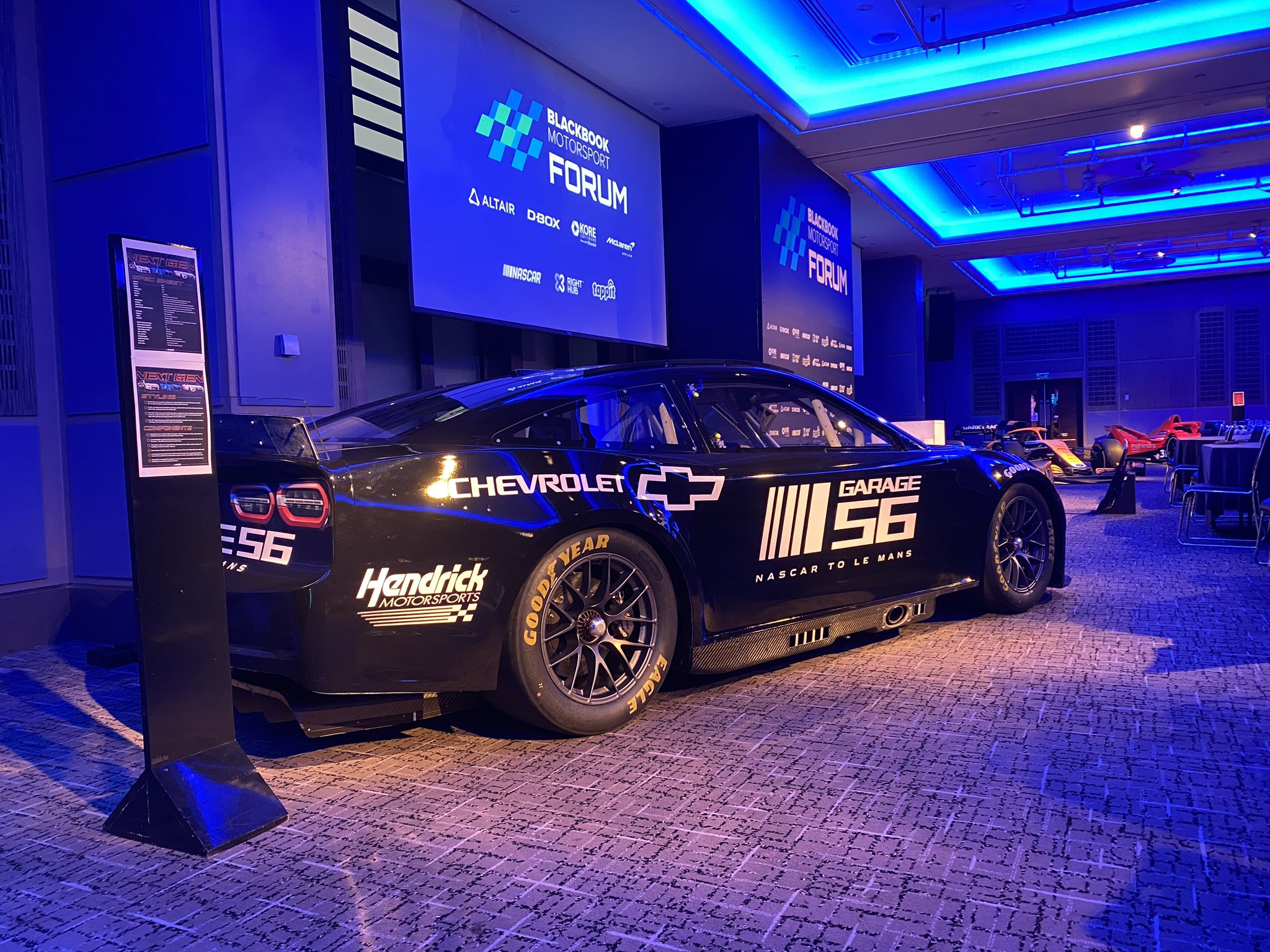 Ian Holmes, Director of Media at F1, popped the hood on how the most popular docuseries in motorsports came about. Many have attributed the success of Netflix’s Drive to Survive programming as a catalyst for the sport's growth, particularly in the United States. We learned that the series started with McLaren wanting to do a series of Amazon Prime’s All or Nothing right around the time Liberty Media purchased the sport. Because McLaren would need permission to use the rights, it had to be run through F1 as a series. F1 took a look at it, liked it, but thought bigger. They rang Netflix, and the rest is history. Ian mentioned that some of the most challenging aspects of producing the show were the mentality shift of the paddock from a world with zero access to a new world where there would be hundreds of hours of candid footage captured each weekend. What we thought about the session:

When people think of sponsorship, they often think about branding and product placement. But what about when you are restricted with your branding, and you’re not allowed to portray your products directly? That’s what this panel was all about. We learned from British American Tobacco how they leverage their (significant) sponsorship investment with the McLaren F1 Team. The topic of tobacco sponsorship, in general, is a controversial one given the negative externalities their products create.

John Beasley, the Global Head of Brand Building for BAT, expressed that for modern brands to be successful, they must exist beyond their products and reach into a space of more meaning. For BAT, that meaning was found in up-and-coming artists around the world as shown by some of the more striking liveries that McLaren has run as one-offs. What we thought about the session:

It was bound to come up. NFTs, Blockchain, and Web3. Fortunately, we had a speaker for this panel that broke down the principles of Web3 in straightforward language including a brief history of Web1, Web2 and now Web3. Robby Yung’s presentation was focused on the concept that Web3 is built to provide safe and secure ways for people to own their digital assets. While previous iterations of the Web were designed to read, write and spread information, there was no real way to own information until these new technologies. The view of this panel was that blockchain and Web3 technologies will “simply be part of the plumbing” in most applications and software in the future - even if you don’t know about it as a feature. What we thought about the session:

Really enjoyed my chat with @SportsProNick at the @MotorsportBB Forum this afternoon talking about motorsports in Web3. pic.twitter.com/DlVzWo9ukJ

Leadership from experiential firm DBOX and cashless payments system Tappit shared some tangible ways they enhance the fan experience onsite and at home. The panel focused on how you “translate technology to emotion” and that even if have all the latest tools to use, without a strategy, you won’t get the results you are looking for. As an activation agency, we appreciated these concepts because we would look to DBOX and Tappit as tools in our toolbox that we leverage to support our clients in new and exciting ways. What we thought about the session:

Two of motorsport's largest and most influential sponsors, DHL and Shell, analyzed efforts to become sustainable in three major categories: Ecological, social and profit. There are major challenges facing the world of motorsport and the world at large. Rather than run away from these challenges, the discussion focused on how they can work together through (specifically motorsports) partnerships to be part of the solution. It’s long been made clear that motorsports provide speed and rigor to technological innovation that is hard to find in other properties.

This is exemplified by Shell’s recent innovation of a 100% sustainable fuel to be made the official fuel of INDYCAR in 2023. What was interesting here is that the entire panel agreed that sustainability’s largest hurdle is still funding and prioritization. What we thought about the session:

Lessons from the Hamilton Commission

Dr. Hayaatun Sillem, CEO of the Royal Academy of Engineering and Co-Chair of the Hamilton Commission, walked us through the first two years of Sir Lewis Hamilton’s eponymous initiative designed to help overlooked communities at the ground level. She detailed the depth of research carried out to be able to draw on ten actionable steps that can be taken to ensure everyone has the same access to the opportunity to compete at the highest levels.

We gathered that for now, the commission is UK-orientated with specific ties to engineering placements across motorsports. Dr. Sillem complimented Hamilton’s hands-on engagement in the process and obvious dedication to figuring some of these challenges out. What we thought about the session:

Learn more about how we work in this space. 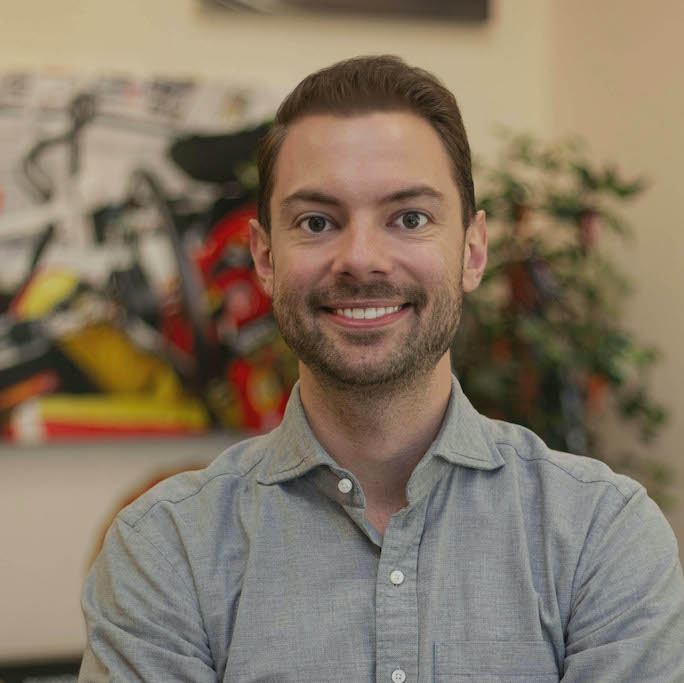 Austin has built his experience around the world in digital marketing, business development and client service. He loves the fast pace of working in sports business and is always excited to collaborate on new projects. An avid motorsports fan of all types, the global and exact nature of F1 is still his favorite.

Let's build something remarkable together.